Delhi to take advantage of the PM-UDAY scheme. Applicants will no longer need to have a “will,”

and ownership rights will be given on the full plot area for private land.

Unauthorized Colony in Delhi Awas Adhikar Yojana (PM-UDAY) scheme do not have a valid will.

As of March 4 of this year, about 1,000 pm uday yojana applications had to be

put on hold because they didn’t have a valid “will” or “gift deed.”

Municipal elections are set to take place in April, and the

dates for those elections are likely to be announced later this week.

What are the benefits of Pm Uday Yojana

At a press conference, Union Housing and Urban Affairs Minister Puri and DDA

will solve the problem of applicants whose applications were put on hold because they didn’t have a valid will.

it easier to get more conveyance deeds or authorization slips.Delhi unauthorized colonies

and improve the physical and economic conditions in unauthorized colonies.

In a statement, the ministry said, “Smaller plots can be combined or

reconstituted for a better living environment and large open spaces up to a minimum size of 2000 sqm.”

It also said that existing colonies will be made official based on how they are now and where they are.

“It would allow for planned growth by putting in at least 6-meter-wide roads, public facilities,

better connections, more open spaces, and better infrastructure services. Parts of colonies can also be regularized if they cover at least 2,000 sqm “what was being said.

will help more than 50 lakh people who live in informal settlements in Delhi by giving them nice homes.

There are already 8,000 homes being built as part of three projects in Kalkaji, Jailorwala Bagh, and Kathputli colony.

The vice chairman of the DDA says that 1,675 EWS houses in Jailorwala Bagh and Ashok Vihar

will likely be finished by May 31 and given to eligible JJ residents of Jailorwala Bagh.

By December 31, as many as 2,800 EWS flats in Kathputli Colony and Shadipur could be finished.

Since it started a little more than two years ago, the Pradhan Mantri –

The process of registering properties started on December 16, 2019, and on

were the first to get conveyance deeds and registration papers for their homes.

which is in charge of carrying out the scheme, received 96,745 applications

from people living in unapproved colonies by February 18, 2022. Of those, 23,271 were not eligible and were turned away. In total, conveyance deeds (properties on private land) or authorization slips were given to 12,480 people (properties on public land).

Even though there are only 67 applications waiting to be executed, there are 54,489

applications still being worked on by the applicants. Dda pm uday Of these, 43,114 were waiting for answers on deficiencies, 10,674

were sent back because they didn’t have enough information, and 701 still had to pay fees.

Even though nearly 4.5 million people have signed up for PM-UDAY so far and

around 40 million people are expected to benefit from the programme,

only a small number of residents have received ownership rights.

Officials say there are many reasons for this

When the programme first started, the response was good,

but when Covid-19 broke out a few months later, a lot of people stopped signing up. By the first half of May 2020, 70,000 properties had been mapped with GIS. During the lockdown, DDA’s four processing centers in Dwarka, Pitampura, Hauz Khas, and Laxmi Nagar were still open. Even though these places were locked down, people were still working there.

Because the pandemic is still going on, it has been hard to physically survey properties. Sources say that the work has been done with

care for the safety of both the people living there and the surveyors.

An official said that because the programme didn’t have a deadline, the people

who benefited from it didn’t feel like they had to act quickly. Also, many people who lived there thought that getting a conveyance

deed or an authorization slip wouldn’t change much on the ground.

“In the last two years, there have been a lot of awareness camps and meetings with RWAs in unapproved colonies. “We are doing everything we can to help people get ownership rights,” a government worker said. 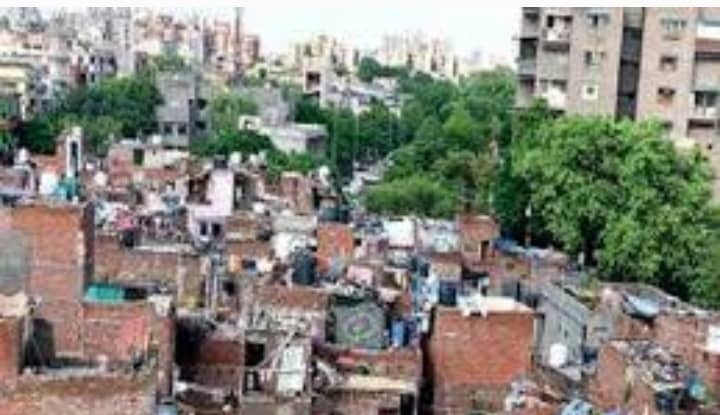 Previous post The following forms must be submitted in order to get a family or residence visa stamp in Kuwait: Next post Roof Repairs: Things to Consider Before Spending
bhitar

Those seeking jobs and a means of supporting themselves often consider Kuwait as a potential destination. If you're applying for...

Numerous job-seekers choose travelling to Kuwait to get jobs and make a living. A Visa stamp is written authorization indicating...

Are you relocating to Qatar for further education, job, or to settle? This gorgeous refuge of maritime magnificence and vegetation...

Traveling is an expensive hobby, but there are many ways that you can save money for your next trip. Here...

Internet users are turning to the web for ease of use and cost-effective alternatives as technology advances. With the many...